Linguistic Issues of Gender in Translation 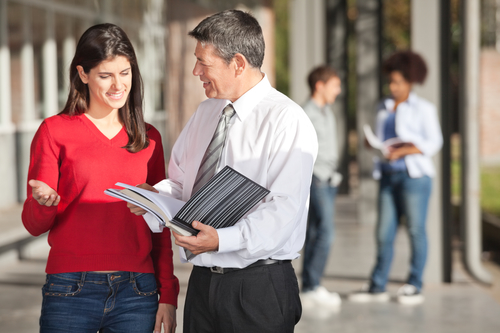 Any academic translator must be aware of issues related to grammatical gender. Language is a particularly loaded area of gender identification, representation and symbolism. Every language is structured differently when it comes to these issues. Gender raises many challenges for academic translation. Here we will discuss three of the most important questions a translator must ask about gender.

What are the rules of linguistic gender in the source and target languages?

As an academic translator, you might be translating from a language that is not heavily gendered (such as English) into a language in which gender plays a large role (such as Italian), or vice versa.  As Ernesto Pavan writes in “The Joys of Gendered Language,” an awareness of these differences will lead the alert translator to catch discrepancies and avoid mistakes.

In his essay, Pavan describes translating a novel from English into Italian which includes a “cook” as a minor character.  Since this noun is ungendered in English, but the gendered “cuoco” or “cuoca” needs to be used in Italian, it was difficult to decide how to render the translation.  As Pavan suggests, when gender is not clear in the language of the text, it’s best to check with the author or editor of the text you are translating.

Does the author or academic editor have expectations regarding gendered language?

Oana-Helene Ondone notes that some authors approach writing from a position of active engagement with socio-cultural linguistic norms. This might impact, for example, which pronoun is preferred for the singular neuter in English. Traditionally, the masculine singular ‘he’ was used when referring to a singular anonymous individual whose gender is not known. (For example: “Before a translator begins work, he should consider gender.”)  Some more conservative authors and editors choose to retain this convention. Others choose to write in a way that consistently retains gender neutrality (“they should consider gender”) or to employ the feminine singular pronoun some or all of the time (“she should consider gender”).

Translators must be aware of these subtleties in the original language of the text and in the target language, as well as the preferences of the client.

Do I, as an academic translator, have unconscious biases that will lead me to assumptions on gender?

Since, as we’ve noted above, language can sometimes be vague when it comes to identifying the gender of persons, it’s important to recognize and analyze any biases that we as translators are bringing to our work.  Let’s return to the issue of the “cook” above. In English, many names of professions are gender-neutral but are socially associated with one gender or the other. There is a famous riddle in English which encapsulates this problem and is often used to reveal gender bias:

A father and son are in a horrible car crash that kills the dad.

The son is rushed to the hospital; just as he’s about to go under the knife, the surgeon says, “I can’t operate—that boy is my son!

How is this possible?

The answer, of course, is that the surgeon is the boy’s mother.  However, for many in the United States (and around the world), this profession is seen as masculine and surgeons are expected to be male.  A translator might automatically assume this, for example, translating a “surgeon” as a “cirujano” in Spanish, not a “cirujana.”

Depending on a translator’s background, he/she might be inclined to make this kind of unconscious decision without taking time to understand the possibilities.  Therefore, it is important for translators to be aware of their own linguistic and cultural presuppositions as they approach a text.

To attain the most accurate and faithful translation, an academic translator must approach each job mindfully and be aware of several things:

If translators follow these guidelines, they will be more successful in producing accurate translations that take gender into account and satisfy their clients.