And the Rest is History 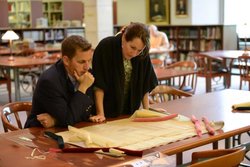 Accuracy in academic translation is of utmost importance in any subject area, but an academic translator of texts on historical figures and events assumes a particular responsibility: They are tasked with navigating the past and present linguistic, cultural, and political practices of both their target language and source language communities. “Those who do not learn history are doomed to repeat it,” the saying goes, and the burden of ensuring that we don’t repeat our history often falls squarely on translators’ shoulders.

Because of this responsibility, it is essential for translators working on texts concerning historical events to adequately research their topic before embarking on their translation. In general, it’s best to use the most current names and terminologies, although it is sometimes worth mentioning if a different term used to be the norm (for example, if a historical quote using dated language appears in your translation and provides essential context).

Names, borders, and customs can change over the centuries, and terminology that was once the default can evolve to become antiquated or even offensive. This is especially true for demonyms, as conventions for naming groups of people have rightfully changed over time to reflect the wishes of the people themselves.

Furthermore, without a thorough understanding of the historical period your source text discusses, you risk ending up with a garbled or clumsy final product that doesn’t do justice to the source text. Below are a few examples illustrating the importance of careful research in translations on historical events:

·         Names: Names of public figures can vary in different languages. You’d be forgiven, for example, for not guessing that the Russian art collector Sergei Shchukin is known as Sergueï Chtchoukine in French, as the spellings represent two very different approximations of the original Russian (Серге́й Щу́кин). If you’re translating an article about him from French to English and overlook this spelling difference, you’ll not only misspell the English variant of his name but potentially miss out on useful English-language resources that could provide you with other relevant spelling conventions or important contextual information.

·         Social movements: Social movements—both their names and ideologies—can be particularly tricky to translate, especially without sufficient contextual knowledge. If, for example, you’re translating a text on the 19th-century political system of the United States but are unaware that the present-day Democrat and Republican parties have essentially swapped platforms and voter bases over the past 150 years, you are likely to misinterpret elements of the source text, and your lack of research will be evident in your translation.

·         Wars: Appellations for wars can vary based on time and place. What we know today as “World War I” was called “the Great War” contemporaneously, as people had no way of guessing that there would later be a World War II. Similarly, the Vietnam War is, of course, not called that in Vietnam itself: It is often called Kháng chiến chống Mỹ, or “the Resistance War against America.” Not knowing alternate names for World War I means you’ll likely neglect important resources relevant to your translation, but not knowing your target audience’s preferred name for the Vietnam War is a more serious oversight that could render your translation meaningless.

·         Countries: Countries and political boundaries have changed over time. If you come across the term “Kingdom of Guatemala” in a text and don’t know that it refers to a former Spanish territory that comprised not only Guatemala but also spanned as far north as the Mexican state of Chiapas and as far south as Costa Rica, you’ll be more likely to make other mistakes in your translation and produce a text that is confusing to your readers.

So how do you begin researching for a translation on a historical event? In a perfect world, you would have endless time to cushion yourself with practical knowledge, but the likely reality is that you’re on a tight deadline and need to strike a balance between engaging in thoughtful research and efficiently moving forward with the translation itself. Here are some tips for streamlining your research process:

·         Read descriptions of the text’s historical events, figures, or entities in both languages if possible. This will give you an idea of how much clarification you’ll need to provide in your target text. Some events that don’t need much background or context in the source language may require a substantial explanation in the target language and vice versa. Your decision to include additional clarification depends, of course, on how much autonomy you have in terms of adding footnotes and other commentaries—check with your client if necessary.

·         If your translation includes well-known quotations or speeches, you have an advantage over contemporary translators and the difficulties they face in translating elements from today’s headlines. Search for translations of those quotes that have already been published by reputable sources in your target language. Not only will this save you time on your own translation, but it will make your text easier to access for future readers who are searching for the same well-known phrasing.

·         When trying to decide between multiple spelling conventions or terms for a historical figure or entity, try comparing hit counts from a search engine—the term with the most returned results can usually be presumed to be the most widely accepted. But be careful, as this only works when the terms you’re weighing are specific enough to weed out any extraneous results. For example, “Kingdom of Kongo” returns 35.1 million results while “Kingdom of Congo” returns 335 million. The correct spelling for the former west-central African Kingdom is “Kongo,” but because two countries currently use the spelling “Congo,” results include hits for both the present-day Republic of the Congo and the DRC.

Of course, these tips are non-exhaustive, as every translation presents new challenges and new opportunities to learn. That is both one of the most rewarding and frustrating aspects of professional translation: Often, you find information that would have served you for a prior text only once you’ve begun working on your next job.

The best way to avoid those post-deadline regrets? You guessed it—with careful research, both on your subject area and on the field of translation itself. Over time, you’ll become a more discerning researcher, a more knowledgeable historian, and most importantly, a better translator.