Can you translate into your L2?

Should ‘Native Language’ Still Be the Guiding Principle for Professional Translators? 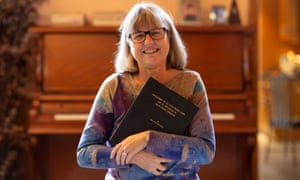 The opinions expressed in this article are the author's own and do not necessarily reflect the views of Academic Language Experts.

On a recent post on Corinne McKay’s (excellent) blog Thoughts on Translation, Anne Marie Boulanger asks: Seen any unicorns lately? Me neither! “Unicorns,” in this context, refers to translators who translate into their second language (their “L2”) - those who don’t abide by the so-called ‘directionality’ principle, that professional translators work into their native language (ATA 2003).

The reason offered for this principle is that no-one can truly capture the essence of a language quite like a ‘native speaker.’ However, the definition of ‘native speaker’ or ‘native language’ is anything but clear-cut.

Where does the idea come from?

Directionality as a translation concept finds its roots in the Romantic equivalence between nation, homeland, culture and language. Humboldt was among the philosophers that were instrumental in the “mystification of the native speaker” (Pokorn 2000, 62; 2005, 25): the idea that only the native speaker can be privy to the ‘hidden essence’ of the nation.

The social, political and psychological connotations of ‘native’ and ‘mother tongue’ (Davies & Bentahila 1989) are complex and unmistakable. In this sense, asking a translator to work only into their ‘native’ language effectively rests on two assumptions: first, that this will be the language spoken in the translator’s family environment, and consequently their country of birth; second, that the ‘target culture’ (the ‘hidden essence’ of the nation) is a single, monolithic entity, accessible only to native speakers of the language.

Surely we can agree that in this day and age, there are a number of scenarios, and colleagues, to whom this does not apply. I would argue that the directionality principle is outdated and no longer relevant in the contemporary globalized world, and also that the uncritical use of a concept like ‘native language’ can perpetuate misunderstandings of the translation and interpretation profession.

Even a superficial discussion of the meaning and implications of terms such as ‘native speaker’ or ‘mother tongue’ reveals their limitations, considering the increasing number of people who can identify with two, three, or more languages and cultures and the rising rates of migrants worldwide, not to mention the growing diversity of family and affiliation structures. Privileging a concept such as ‘mother tongue’ is an attitude that does not reflect the societal and familial changes happening in our societies.

For language learners, on the other hand, ‘the native speaker’ remains the ultimate standard; the yardstick for measuring fluency. ‘Native’ proficiency is still seen to mean an unfaltering grammatical accuracy, a perfect imitation of the local accent, and an impeccable understanding of idioms, slang, and cultural and popular references. Yet, how many times do we see language used erroneously, if not abused beyond recognition by its ‘native speakers’?

Our reverence for the ‘native speaker’ is, in fact, a consequence of the pervasiveness of anglo-centric discourses in Western society, biased towards monolingualism (Clyne, 1991, 2005). ‘Native speaker’ then, could be seen as a fallacy, the expression of a bias or an unrealistic expectation. This is especially true in the case of a polycentric language like English, with numerous varieties and equally as many ‘accents’ (so much as to warrant the term “Englishes”).

What about translators’ skills and experience?

If we keep saying, over and over, that speaking a language is not enough to be a translator, why are we placing so much stock in whether or not we are ‘native speakers’ of our target language?

As long as proficiency remains equated with ‘native’ and goes unexamined, we are perpetuating a myth: that being born in a country where the target language is spoken is indeed enough to carry out a translation. Clearly, this fails to acknowledge the importance of life experiences, expertise, specializations, qualifications, and professional skills of translation/interpretation. It also implies that languages acquired later in life may never be fully mastered.

The consequence of this is a social and professional erasure of bi- (or multi-)cultural translators (the so-called unicorns), who are anything but mythical; and likely to increase, too, if population movements are anything to go by.

Last but not least, in specialized contexts such as academic translation, expertise in a discipline and ‘native speaker’ proficiency are two different things. Let’s take the example of a statistics paper to be translated into English. As disciplines have their own jargon and specialized language, I would argue that a translator with a background in statistics is better placed to translate it, even if English is their L2, than an English native translator without any background in statistics.

Moreover, even if the vast majority of academic texts are published in English, this is not necessarily the authors’ or the readers’ ‘native’ language. Arguably, this makes the directionality principle even less relevant in academic translation.

Considering the diversity of text types, cultures, ethnicities, vernaculars, and specializations both among translators and among clients, approaching the directionality principle as a one-size-fits-all rule feels outdated, a stubborn remnant of a time when linguistic, national and cultural divisions were perceived to be neater and clearer than they are today.

While the directionality principle should not be completely ignored, it definitely shouldn’t be a blanket rule. Context (much like everything else in this profession!) should be the key factor in determining the choice of a translator.

Ultimately, the uncritical application of the directionality principle underestimates professionals’ self-awareness and ethics: a professional translator knows whether they can take on a particular project or not, or whether they may require the assistance of a colleague. More importantly, the principle fails to fully acknowledge the complexity and variety of skills that translators and interpreters bring to their work. Indeed, as Nike Pokorn’s study suggests,

the quality of the translation, its fluency and acceptability in the target language environment depend primarily on the yet undetermined individual abilities of a particular translator, on his/her translation strategy, on his/her knowledge of the source and target cultures, and not on his/her mother tongue and the direction into which s/he is translating (Pokorn 2005, xii).

After all, we may not know whether unicorns exist, but trained professionals certainly do.