Creating Subtitles in Chinese and English

Challenges and Rewards of Film Translation 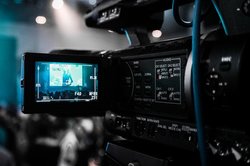 Translating between Chinese and English is a tricky endeavor. Unlike translations between English and Romance languages, word order and sentence phrasing in English and Chinese are often entirely different. This means that translating between the two languages generally requires a first pass to translate for content, followed by a second pass to turn the words and phrases into logical sentences that flow well in the target language.

In written translations, some creative liberty can be taken to ensure the resulting sentences appear natural to native speakers. In many situations, preserving the precise cadence of the original text is less crucial than creating an accurate and understandable translation. But what about film translation and creating subtitles that appear on screen while the speaker talks? This creates several challenges that do not exist with regular written translations.

First, manipulating word order within a sentence must be done carefully. If a speaker grins, or sobs, or otherwise communicates meaning in a way that transcends language barriers, then subtitles must closely align with the emotional message. Any necessary shifts in word order must be carried out carefully, lest the verbal and oral messages clash.

Second, due to contemporary audiovisual media conventions, any particular screen can contain only a limited amount of text. Viewers are conditioned to expect subtitles to appear at the bottom of their screens, not the top or the side. Similarly, they expect the text to take up no more than one-third of the screen, ideally even less. Sentences may need to be broken up into multiple screens. Subtitles need to flash by as quickly as the person on the screen is speaking.

Sometimes subtitles offer more flexibility than other written translations to adjust sentence length. Chinese writing conventions often result in lengthy sentences with multiple clauses that would be considered run-on sentences in English. Breaking these sentences apart is often necessary for written translations. When creating subtitles, it is required. This unavoidable splitting up of sentences can often help the translator, who wishes to be faithful to the original sentence rhythm.

Effective subtitles also follow different punctuation conventions. The text on each screen need not contain phrase-ending or sentence-ending punctuation like commas, semicolons or periods. Instead, the fading of one set of subtitles and the appearance of another function as an implicit break.

Film Translators Under the Spotlight

Finally, subtitles are met with more scrutiny than written translations. Except for certain scholars or other experts, few readers of a text originally written in English and translated into Chinese will compare the two documents side by side. The effort necessary to find the documents and then locate the exact sentence in each version usually precludes such an exacting comparison.

With filmed content, though, the situation is different. A native speaker of one language who is conversational or fluent in the other will be able to follow both the spoken content and the on-screen subtitles. Often, such individuals will be simultaneously listening and reading, ever watchful for imperfect renderings or altogether incorrect translations. Any competent translator must produce high-quality work that can stand up to intense examination. The increased likelihood of such scrutiny definitely results in heightened pressure for the subtitle creator.

Despite these challenges, translating filmed content offers an unparalleled way for people to engage in linguistic worlds that may be otherwise beyond their grasp. Subtitles paired with recorded words, images and sounds go a long way toward facilitating comprehension of someone a viewer would have great difficulty communicating with.

Furthermore, the emotional subtleties and subtexts that written translations struggle to capture often come through more clearly via nonverbal communication such as gestures and facial expressions that cameras convey so effectively. Therefore, despite the inherent struggles in translating filmed content, it is rewarding and continues to be an important endeavor and key priority in my own work and that of many other language experts.