Declutter your paper with concise writing

A guide To Academic Writing 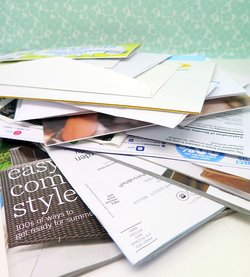 Conciseness is paramount in academic writing. Tightly woven words help show clarity of thoughts and emphasize the substantive information in your paper, preventing the readers from being distracted with filler words. Further, writing concisely is a secret weapon to keep your paper within the stipulated word limit without compromising on key information.

Here are our top 11 tips that will get you writing concisely; number eleven is not to be missed!

1. Get active at using active voice

Active voice is almost always preferred in academic writing. In an active sentence, the subject (that does the action) comes at the beginning of the sentence, while a passive sentence begins with an object (on which the action is performed). Active voice helps keep the sentence to the point, while passive voice leads to unnecessary wordiness.

Passive voice: The signs of distress were exhibited by the patient before the procedure.

Active voice: The patient exhibited signs of distress before the procedure.

2. Say no to nominalizations

Nominalization means changing an adjective or a verb in the form of a noun such as “development” instead of “develop,” and “formulation” instead of “formulate.” Nominalization is common in academic writing. However, it should be avoided as it not only adds complexity and abstraction to the language but also makes a sentence unnecessarily long and vague.

Before: Researchers came to a conclusion that for the development of an effective method…

After: Researchers concluded that to develop an effective method…

Instead of strengthening your point with adjectives and adverbs, support it with more evidence such as data, quantities and quotes.

Before: The wind was extremely strong in that area.

After: The area experienced severe wind at 55–63 mph.

Achieving the right sentence length is a balancing act. While wordy phrases can affect the tone of the paper and are a sign of verbiage, sentences that are too short can come across as choppy and informal. Removing excessive coordinating conjunctions (e.g. and, but, or, yet, so), breaking up long sentences, or combining a string of short sentences are a few ways to strike the right balance.

Before: The subprime mortgage crisis occurred in the US. It led to a financial turmoil around the world.

After: The US subprime mortgage crisis led to financial turmoil around the world.

Substituting prefixes for “not” reduces the sentence length by eliminating an extra word.

Before: The observed reaction was not common.

After: The observed reaction was uncommon.

Apart from such prefixes, the “not” combination words can also be altered by using other words that convey the same meaning.

Before: Despite rigorous practice, her performance was not improving.

After: Despite rigorous practice, her performance was stagnating.

Before: The police interrogated the family of the victim.

After: The police interrogated the victim’s family.

Before: They stayed in the best hotel in the city.

After: They stayed in the city’s best hotel.

Qualifiers such as “really”, “very”, “actually” and “basically” are seldom necessary in academic writing. Simply deleting these words can shorten your sentence by a couple of words at least and strengthen the language.

Before: The child became very sad on not receiving the toy he really wanted.

After: The child became upset on not receiving the toy he wanted.

Redundant phrases or word, using double negatives, and overemphasizing add to the sentence length as well as make your writing appear sloppy.

Before: The end result was that the liquid was red in color.

After: The resulting liquid was red.

9. Stop rambling phrases from creeping into your sentences

Before: A lot of words in this sentence are not required.

After: Several words in this sentence are unnecessary.

Though modifiers can help clarify a sentence, they are often used despite the word or phrase already implying it.

Before: The communities that are local rarely invest internationally.

Rome was not built in a day. Similarly, writing concisely requires regular practice. So, try these tips in your everyday writing and make writing concisely second-nature. Also, after you have written your manuscript, consider seeking services of professional academic editors who not only correct the grammar, but also improve the consistency and coherency of your manuscript.