Is there Inherent Bias in Psychology Translation?

How Academic Scholars Can Avoid Common Pitfalls in Psychology Translation 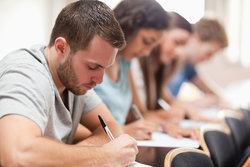 In most modern countries, psychological theories, terminology, and practice are rooted in Western language and culture. This simple fact is highly significant for an academic translator who specializes in psychology because language is a product of culture and a mirror to its ideas and conceptions of reality. It is therefore not surprising that contemporary psychology does not necessarily reflect the realities of non-English speaking, non-Western cultures in which conventional psychological words, terms, and concepts may be unfamiliar or even unknown. These issues are critical when scholars of psychology consider the translation of their own work. It is worth noting that we are discussing psychology as an empirical-scientific field of research and not psychoanalysis, in which much of the theory comes from German and French.

The Challenge of Translating Psychological Tests and Questionnaires

Many psychologists and scholars of psychology rely on foreign research and tests. An interesting test case involves Filipino psychologists who struggled with the cross-cultural validity of psychology products since these are mostly developed in English-speaking countries, such as the United States, the United Kingdom, and Australia.

This is not just a problem with psychological questionnaires, it is also an issue with any scientific translation.  Studies have shown that bilingual respondents tend to give different responses to the same questions in psychological tests depending on the language in which they are written. For this reason, various standards have been established for the use of psychological tests and research in other languages and cultures.

Let’s look at some key steps recommended by the University of Minnesota for psychology translators to ensure that the translations of their tests and questionnaires are accurate. Note, however, that these steps may apply less to scholars who are writing academic articles for publication.

Second, the two translators should translate the text independently, and then compare their results. They should then negotiate any differences in translation.

The third step is developing a back-translation. Here, a third person translates the text back into English. This is then compared to the original text, and any differences in the translation should be discussed and revised.

The most faithful translators require a high degree of understanding of the target culture and of themselves. Self-understanding means that the translator is aware of the subjective psychological factors that affect their translation. After all, psychology translation is the bridge that transmits information between two cultures. Psychology translators interact with two versions of reality, two different reference points.

To truly understand a language, one must understand its culture. The best translators, therefore, understand the source culture and their own, target culture. However, understanding is a subjective psychological process. In fact, in the article ‘A Psychological Approach to Professional Translator Education,’ Cozma and Dejica-Cartis explain that a translator’s psychology and self-awareness are the keys to accuracy in translation.

What does this Mean for Translators?

So, if English is the primary language of contemporary psychology, what does this mean for translators?

In order to answer that question, we need to look at some of the main tools used by psychologists today. First, health professionals across the globe use the Diagnostic and Statistical Manual of Mental Disorders (DSM). This is the authoritative guide that is published by the American Psychiatric Association (APA). The APA is the leading psychiatric organization in the world, accepted by more than 100 countries. In addition, the APA style guide is used by almost all major social sciences journals as an authoritative guide.

The real challenge for translators is how to balance respect for the source text and a need to adapt the materials in the target language in an attempt to recognize and respect cross-cultural issues. This requires close communication between the authors of the questionnaire, translators, and researchers who will be working with the translated version.