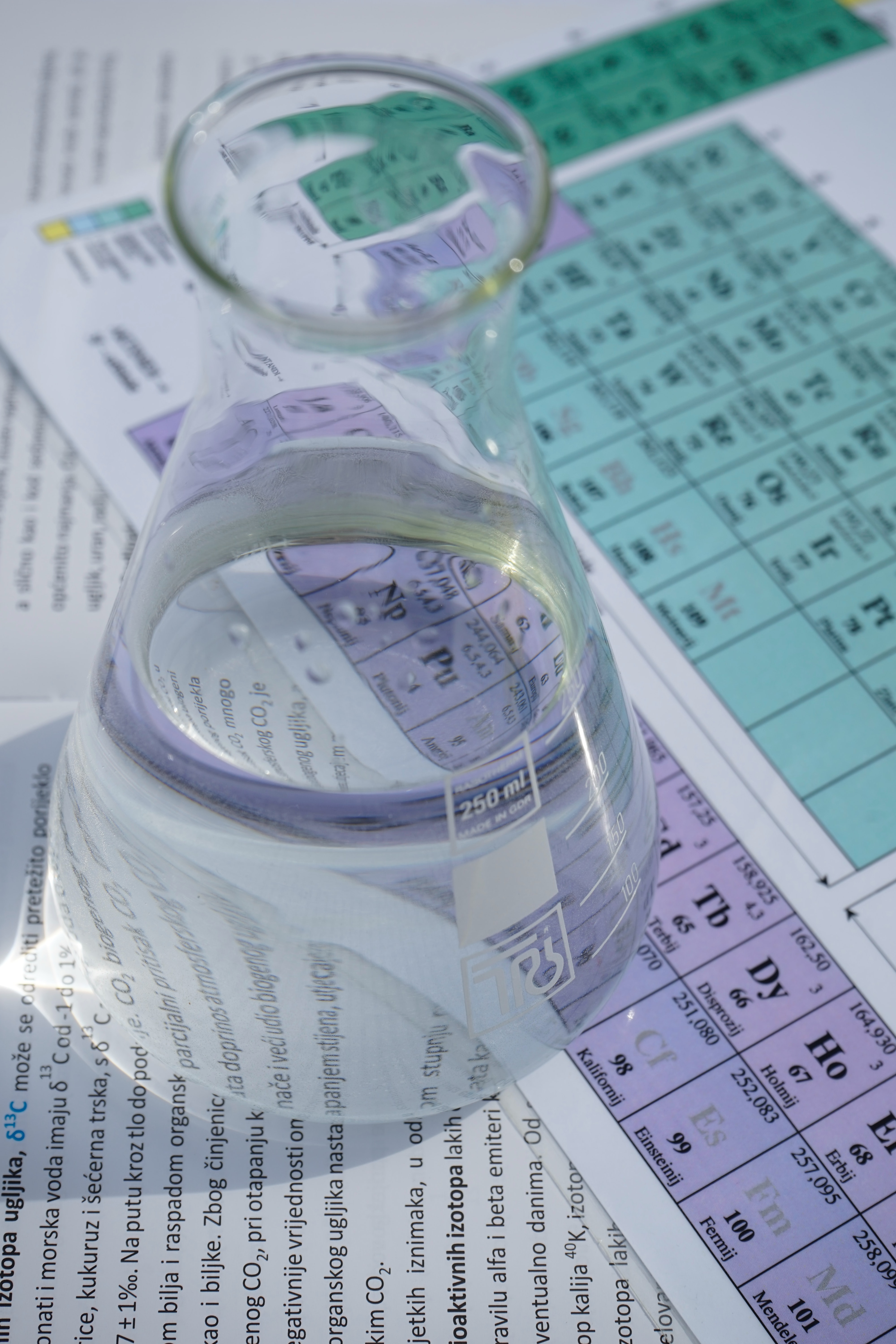 In order to ensure that research results are shared accurately, it is critical that translators are aware of these specifics when translating both from and into English chemistry research.

Chemical nomenclature consists of a set of recommendations that establish how a particular compound should be named. However, these are merely recommendations and the IUPAC (the International Union of Pure and Applied Chemistry) allows for variations that are also accepted. Therefore, the translation of chemical names requires both knowledge of IUPAC recommended and accepted nomenclature in the target language.

As demonstrated below, the descriptions of chemical structures, quite common in literature and patents, involve the use of certain adjectives, nouns, and expressions.

L-Proline is the only natural amino acid with a secondary amino group α to the carboxyl group.

The N-substituted analogue has been investigated for therapeutic efficacy.

NOE experiments show a cis arrangement of hydrogens at the ring junction.

Cyclopropane is a highly strained molecule.

These adjectives, nouns, and expressions require a very specific translation into the target language.

In chemistry literature, reactions (either lab procedures or reaction mechanisms) are often described in detail. Common verbs such as “to pull”, “to draw”, “to abstract”, “to spot”, “to drive”, “to shift”, “to feed”, “to support”, “to separate” or “to resolve”, as seen in the examples below, may have a particular meaning in chemistry requiring a very specific translation.

Rearrangement was driven by stability of the carbocation.

The methyl group shifted to the ortho position of the phenyl ring.

The nitrogen atom can feed its lone pair into the carbonyl group.

While in non-scientific language explanatory adjectives (those that designate an inherent quality) tend to be used for stylistic purposes, in scientific language explanatory adjectives have a very different role. This may include emphasizing key information, stating information relevant to a particular context, or introducing an implicit causal relationship, as demonstrated below:

By contrast, in the following sentence, the adjective “electronegative” is not explanatory, as some atoms are electronegative and others are not.

A noun string is a chain of words consisting of a noun or lexical item that is modified by a number of other nouns. Translating noun strings from English into another language also requires an in-depth understanding of the subject matter. In certain target languages, the appositive nouns (always in singular and placed sequentially without prepositions in English) will need to be in either plural or singular, and sometimes a preposition (and maybe also an article) may be necessary to connect the string nouns, as shown in the examples below:

Red shift = shift towards the red

Sometimes, the noun string may be ambiguous and its translation will depend on the context:

In some instances, two consecutive nouns of a noun string may refer to the same entity, where one noun is more generic and the other noun (generally the appositive noun) is more specific and acts as an adjectival modifier, as in the example below:

Therefore, identifying the relationship between the string nouns is essential to render an accurate translation.

In a language such as English, where discourse markers are used sparingly, prepositions such as “for”, “to” or “within” can carry a significant implicit semantic load. For example, in the following sentences, the preposition “for” has different implicit meanings:

The method was optimized for sensitivity.

The nitro group is a structural concern for mutagenicity.

The drug substance was tested for contaminants.

In a target language where discourse markers are more common, such as Romance languages, the prepositions in these sentences may need to be decoded and translated using more precise language, as follows:

The nitro group is a structural concern that indicates mutagenicity.

The drug substance was tested to check the presence of contaminants.

Every translation specialization has its unique challenges, terminology and considerations. This article highlights just some of the key aspects where subject-matter knowledge can truly make a difference in the quality of a translation.