Why professional legal translation is critical for litigation, commerce and human rights 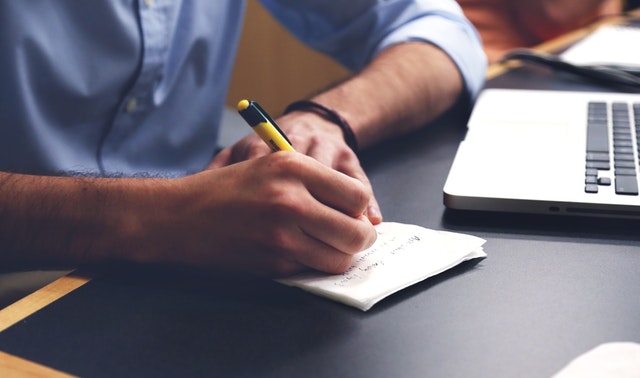 More than three thousand years ago, the Egyptians and the Hittites waged war in what is modern Syria.  Although the war itself was significant — lasting more than 80 years — the treaty signed at its end, circa 1259 BCE, had far greater repercussions for the future of civilization.  The Egyptian-Hittite Treaty is the first treaty written in two different languages so each nation would have a copy in their own language.  A bronze replica of the treaty sits in the United Nations, a testament to the importance of language and translation in achieving political peace across cultures.

In today’s globalized world, the significance of law translation cannot be understated, as it pervades many facets of our daily lives.  Generally, translation and interpretation can mean facilitating international trade among nations that do not share a common language, advancing human rights through the promulgation of treaties by international governing bodies, and settling matters of life and death for individuals who are tried in a language other than the one they speak.  Thus, an understanding of the unique problems associated with academic legal studies, and the potential value to be gained from such studies, is critical.

We will try to identify the distinct opportunities and challenges associated with academic translation in the field of legal studies.

Opportunities — and How to Realize Them

Translation within the legal field is more than just replacing one word with another; ideally, it is the meaning which is translated.  This affords the translator the opportunity to go beyond language to provide a meaningful translation.  Copying idiomatic language word-for-word is insufficient.  This explains why Google Translate or a dictionary cannot be the source of a high-quality translation.  Considering the units of translation — at the word, sentence, and even paragraph level — in addition to the purpose the translation will serve, especially in the legal context, will assure accuracy and an end product that is faithful to the original text.  Of course, being true to the original text is only one component of translation services.  Equally important is that the translated ideas must be able to stand alone in the target language.

Further, the interdisciplinary nature of translation in the legal field allows translators with differing areas of expertise to deploy those skills.  Consider, for example, the intersection of law and finance.  Both fields require immense expertise and liberally use technical jargon.  Having a full grasp of the underlying concepts is thus essential before a translation can be provided.  The law provides tremendous opportunities for individuals with such complex, technical knowledge.

Pitfalls — and How to Avoid Them

Just as there are no two identical languages, there are no two identical legal systems; this is the challenge for comparative lawyers, an academic translator, or a scholar operating in this space. Carrying out a faithful legal translation requires more than just language and translation skills alone — familiarity with legal languages is also necessary.  This familiarity cannot be achieved without a deep understanding of legal systems and of the differences between them.

Translating law involves translating not only languages but also cultures.  Legal translations are anchored in legal cultures and systems of individual cultures.  Consequently, cultural transfer is especially important in the translation of legal text.

Unlike other highly specialized fields, such as science or medicine, there is no universal legal language.  Every legal system possesses its own terminology that denotes concepts specific to that system.  This is obvious when different language systems are used.  However, the same idea is clear even when the same language is used.  Consider the differences between American and British law.  At times, they use entirely different terminology; at other times, they use the same terms for concepts that are not quite the same.   For example, the English legal system uses a standard of “best endeavours” or “reasonable endeavours”; the American system, “best efforts” or “reasonable efforts.”  The danger of interchanging these (quite similar) terms cannot be understated.  The court risks ruling erroneously due to the fact that there was a misunderstanding in the translation and the correct local terminology wasn’t used.  An English litigant using “best efforts” standards in a contract may face an uphill battle, notwithstanding that these two turns of phrase are (to the uninitiated) nearly equivalent.

Legal language is incredibly complex, and even faithful or near-literal translations may not meet the high standards required in international legal contexts, where a lack of understanding over a single term could mean the difference between a material and non-material breach of contract.

Indeed, the American Bar Association (ABA) has identified this particular problem and attempted to address it.  In February 2012, it adopted the ABA Standards for Language Access in Courts, to aid in the implementation of systems better-suited to identify and assist limited English proficient individuals in, or seeking access to, the judicial system.  The standards were intended to assist courts in designing, implementing, and enforcing a comprehensive system of language access services best suited to the needs of their communities.  In its mission statement, the ABA noted: “Access to justice is unattainable for those who are not proficient in English unless they also have access to language services that will enable them to understand and be understood.”  The nexus between language and ability to use the legal system is clear; without adequately understanding the meaning, one cannot fully receive the law’s benefits and protections.

However, this system is imperfect.  Even these standards and experienced translators using them do not avoid altogether the significant risks associated with translation.  Such risks include interpreter-originated distortions and simple language mistakes. Human rights issues can arise rather frequently if texts are not faithfully translated or words not equivalently interpreted.  For example, the right to an interpreter for criminal defendants that cannot speak the language of the court is guaranteed under the International Covenant on Civil and Political Rights, but that right is only guaranteed with respect to oral communication in the courtroom; evidence and written documentation is not subject to the same requirements.  Human rights issues may frequently arise when the accused is not permitted access to justice in the same way as their fluent co-defendants or others accused in the same system.

Notwithstanding these risks, translation and interpretation remain the best ways to facilitate mutual discourse and understanding across languages and cultures.  Because accurate and exact translation is essential, using internet translation services cannot assure the sufficiency of the translation provided.  Professionals with a deep understanding of both the language and the concept being translated are indispensable to individuals and institutions that want to ensure the best outcome for their translations.  This explains why bodies that operate in every area of the law, from government agencies and courts to private sector corporations engaged in international business transactions, use translators and interpreters.  Their services and significance will continue to be as important as ever in our ever-globalized world.

Receive an individualized quote!
Related articles
Digging into the Past: Historical Research Facing the Untranslatable Why do I need an editor? I already have a translator!
Tags: Academic Translation Professional Translation Professional Translators
Search
Sorry. No results.
Here are the latest results
Blog posts and articles
Services
Learn More
Publications
Testimonials