Is it a Good Idea to Use Machine Translation?

Assessing the Credibility and Accuracy of Google Translate: Hebrew to English Translation as a Case Study 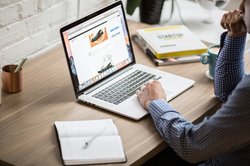 It is often tempting to use Google Translate since it is free of charge, easily accessible and appears to be a very useful tool. Google Translate is part of the Google toolkit and is one of the apps that Google keeps on easy display, alongside Maps, YouTube, News, Drive, and other familiar icons. Many of these apps play a significant role in our lives. Should Google Translate do so as well?

There are times when there is a word at the tip of your tongue, but you simply cannot bring it to mind. For such cases, Google Translate can be of service because, if it produces the translation you are looking for, you will remember it immediately. If you don't recognize it, you know to avoid it. Often the mere act of typing the word can stimulate your mind, free up a mental block, and allow you to find the right word.

However, while Google Translate can be a very helpful and powerful tool, it has many important limitations.

1.  Google Translate (GT) cannot be depended on to translate expressions and idioms

GT often translates expressions and idioms literally. For example, when I typed the American idiom 'let's talk turkey' I received the literal translation in Hebrew bo'u nedaber tarnegol hodu (let’s talk about turkeys). This sentence does not make any sense in Hebrew, and certainly does not imply the meaning of the American idiom. The correct translation would have been a corresponding idiom in Hebrew. This lack of a consistent, accurate translation for idioms and expressions demonstrates the dangers of putting faith in computerized translation tools.

Israeli Prime Minister Benjamin Netanyahu tweeted his congratulations to Netta Barzilai for winning the Eurovision song competition by exclaiming 'kapara alayich', an expression of endearment, or telling someone that they're a darling. Microsoft Bing (another machine translation technology) translated this phrase as 'Netta, you're a cow!' Following all the media attention that tweet received, Google Translate now renders the phrase he used as 'atonement for you' but this is also inaccurate. It is impossible to rely on Google Translate (or other computer translation services) to correctly translate slang.

Google Translate successfully translates the United States of America to Hebrew as ארצות הברית (artzot habrit), and UK as אנגליה (Anglia), but wasn’t able to produce a translation for the abbreviation ‘UN’. It was translated as though the term had been written in lowercase and was a prefix. Similarly, translating abbreviations and acronyms from Hebrew to English is also hit and miss. GT correctly translated צה"ל as 'the Israel Defense Force,' and also translated או"ם as 'the United Nations'. However, אש"ף (ashaf) was translated as 'wizard' (as though it wasn't an acronym) instead of PLO. It also mistakenly translated מל"ג (malag) as 'boiling water' instead of recognizing that it stands for the 'Council for Higher Education'.

4. Google Translate is only as good as the data it aggregates

Google Translate is a blunt tool. Unlike a professional human translator, it cannot be trusted to correctly translate expressions, idioms, slang, abbreviations, or acronyms. Additionally, it cannot provide an accurate, yet creative, translation. Therefore, it should be used with caution.