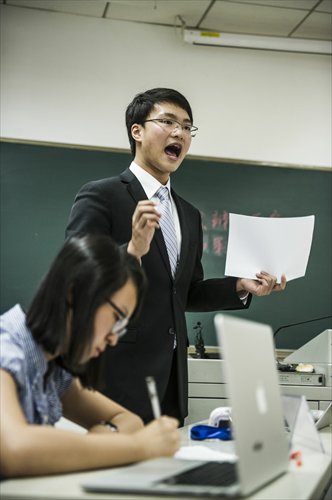 When people write essays in their native language, there are certain assumptions and conventions that guide their choices. For example, they will likely have an understanding of how their argument should be laid out and supported, where the thesis and conclusion should go, and how background information, explanations, and counter-arguments should be incorporated. Such writing techniques are taught to students in high school or university settings and are often so ingrained that they can seem deceptively universal.

However, different cultures have different conventions when it comes to writing essays or academic papers. When writing in a foreign language, or when translating into one, these differences must be considered. It is important for an academic translator to understand culture-dependent arguments and layout styles of both the source text and target text in order to produce an academic translation that reads well and has the same impact as the original.

While this model has been criticized as a generalization, it can be helpful for translators to understand different methods of communication in order to lay a foundation for contrasting specific cultures and languages. As an example, let’s explore the differences between writing an essay in English (in this case, for an American audience) and in Japanese - two languages separated by a broad linguistic and cultural distance.

Comparison of English and Japanese Writing

The classic five-paragraph essay taught to students in the United States can be summed up with a slightly crass analogy: One of my university professors compared a good paper in English to dirty talk - first, you say what you’re going to do, then you do it, then you say what you did. The five-paragraph essay starts with an introduction, which leads to a thesis statement and includes at least three main points, followed by the body of the paper describing those main points, and a final conclusion. The author leads the reader through the argument and to the conclusion, which serves as a summary of the paper itself, without introducing any new concepts.

In Japan, on the other hand, a well-written essay begins with background and explanations about the subject, followed by examples and exceptions, and concluding with the actual argument of the paper and the author’s opinion. This style is influenced by the writing technique called Ki-sho-ten-ketsu (起承転結), which is a four-part writing style starting with an introduction (起), development (承), a twist (転), and a conclusion (結). Unlike in English, in Japanese the assertion of the paper tends to be implicit, avoiding presumptuous or assertive statements (Wakabayashi, 1992).

In this way, Japanese is a “reader-dependent” language, meaning that it is the reader’s responsibility to follow the thought process of the writer, rather than the writer’s responsibility to make sure the reader follows their ideas. While there have been influences of English and Western-style writing in Japanese, particularly in technical texts that emphasize precision and clarity, even these texts commonly include oblique expressions and indirect language.

At an American Translators Association session, Masaomi Kondo, a well-known diplomatic interpreter, recounted a story about his experience in university interpreting at a student protest meeting in Tokyo in the 1960s. When arguing their point, the Japanese students took so long to explain their argument that, even with an interpreter, the English-speaking foreign students couldn’t understand if they were for or against the motion. When the English-speaking students made their points, they began with their opinions; this led to an uproar from Japanese students who had a dissenting opinion, preventing the English-speaking students from explaining how they reached their conclusion.

While interpreters have different constraints to academic translators, this anecdote demonstrates how different argument styles can impede understanding. Unlike an interpreter, a translator has the option to read the entire text, highlight the main assertions, and then add, subtract, and rewrite sentences and phrases in the target text. But is that the translator’s job?

The Fine Line Between Translating and Copywriting

To answer this question, it is useful to consider the Skopos Theory of translation, which focuses on purpose or “skopos”. It suggests that in order to decide how to translate a text, the translator must ask what the purpose or aim of the translation is, whether the target text is internally coherent as is, and if it is coherent with the source text.

For example, if a Japanese academic paper is being translated for an American publication, one basic requirement will be rewriting the introduction to include a thesis statement. On the other hand, if it is being translated for a researcher who would like to be informed about previous research published in a foreign language, having an academic editor rearrange the layout may not be as necessary. In terms of language editing, when translating from Japanese to English, translators should consider making the source text’s arguments and assertions more explicit by adding further explanation, clarifying ambiguous statements, and toning down indirect, self-effacing, or hyperbolic expressions, which are often employed in Japanese writing and can be misinterpreted in English (Wakabayashi, 1992).

All papers are written with a specific audience in mind and involve layout and textual conventions that the audience expects. A translator, like the original author, must consider the audience of the paper and determine how to convey the intent and impact of the source text in a new language, within a different writing mold. This may require rearranging and even rewriting certain sections of the original source. However, in order to determine how much to re-write or restructure a paper to match the readers’ expectations, the translator must consider the purpose of the paper and the specific desires of the client.

Wakabayashi, Judy (1992). “Some Characteristics of Japanese Style and the Implications for Japanese-English Translation.” The Interpreters’ Newsletter.