Should We Consider Translators As Invisible?

The Important Role of an Academic Translator 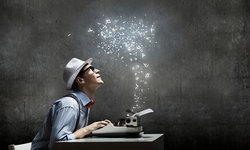 Although translators are often thought to be “invisible,” they are not passive conduits through which a text is magically transformed from one language to another.

The advent and ubiquitous use of programs like Google Translate (and even its more sophisticated cousins) make it seem like translation is something that can be programmable. But meaning is relational, and the academic translator must interpret the context of a passage in order to translate even one word of it.

This is of course at the root of why computers today overwhelmingly fail at creating nuanced and elegant translations. The complexity of meaning as contextual does not allow for a simple substitution of one set of signifiers in one language to another set in another.

What does a human have that a machine does not? A human can understand the underlying context of a foreign text, colored not only by the plurality and varying shades of meaning inherent in each word and phrase, but also the underlying cultural environment in which the text was produced. She can then reproduce that context in another language, using a set of cultural norms inherent in the language of the target audience. Every word or phrase, every idiom used by a translator, is the result of a choice.

The translator is not invisible.

Lawrence Venuti’s 1995 book The Translator’s Invisibility masterfully summarizes the history of modern translation and uncovers the current self-destructive trend of idealizing a good translation as “a pane of glass.” According to Venuti:

A translated text, whether prose or poetry, fiction or nonfiction, is judged acceptable by most publishers, reviewers, and readers when it reads fluently, when the absence of any linguistic or stylistic peculiarities makes it seem transparent, giving the appearance that it reflects the foreign writer’s personality or intention or the essential meaning of the foreign text—the appearance, in other words, that the translation is not in fact a translation, but the “original.”[1]

While creating a perfect copy of the original text is a worthy goal for a translator, it underestimates the profound influence she has on the text with which she engages and the difficulties involved in producing a “transparent” translation. This is an impossible goal. It is propagated by the current ideal of creating a translated text that can stand in place of the original.

The Impact of Translation

An example of the effect a translation can have on a text can be found in the translated works of Haruki Murakami, a Japanese author of best-selling books both in Japan and abroad.

Murakami chose Jay Rubin as his official translator for his 1997 collection of stories, The Wind-Up Bird Chronicle, and this propelled his novel into the mainstream of the English-speaking world. But, another translation was completed by Alfred Birnbaum in a collection of Murakami’s stories that included the same story Rubin translated. Birnbaum’s translation became a firm favorite and has since become the voice of Murakami in English today.

Compare the two translations of the introductory passage below:

When the phone rang I was in the kitchen, boiling a potful of spaghetti and whistling along with an FM broadcast of the overture to Rossini’s The Thieving Magpie, which has to be the perfect music for cooking pasta.

I’m in the kitchen cooking spaghetti when the woman calls. Another moment until the spaghetti is done; there I am, whistling the prelude to Rossini’s La Gazza Ladra along with the FM radio. Perfect spaghetti-cooking music.

Although a thorough evaluation of the above translations should include an analysis of Murakami’s original Japanese text, I believe there is still much to be learned about the process of translation by comparing the two English versions:

The first example, written by Murakami’s first chosen translator, has a smooth and comfortable style. Rubin combines the entire scene into one grammatically correct and complete sentence in which the dependent clauses flow naturally from one to the next, and the relative clause leads clearly from its antecedent. The tense choices are natural for the context: The simple past-tense “rang” and past continuous “was boiling” and “[was] whistling” are used to indicate an interrupted action in the past. Furthermore, the title of the opera piece is given in English.

In Rubin’s translation, there are no foreign elements, let alone words, with which the reader must grapple. Birnbaum’s translation, on the other hand, has an entirely different tone and flow.

Birnbaum broke the scene into four sentences, including one sentence fragment, creating a more disjointed sequence of events. The use of the narrative's present tense throughout, although not at all incorrect, lends an urgency to the events and even adds a bit of foreignness to the text compared to the more flowing and natural sounding tense changes used by Rubin. Birnbaum left Rossini’s opera in Italian, further adding a foreign feeling to the text, and making the narrator seem more educated and pretentious. Birnbaum also rendered the more forced and awkward “spaghetti-cooking music,” which required that he create a new complex noun in English, rather than Rubin’s solution of expanding the idea into a phrase “the perfect music for cooking pasta”. In addition, Birnbaum repeats the word “spaghetti” at both the beginning and the end, rather than the perhaps stylistically more elegant solution of first specifying that he is cooking spaghetti and later simply referring to pasta.

Thus, it appears that Rubin was concerned with making the target audience feel at ease, whereas Birnbaum created a text that could at times leave the audience uncomfortable.

Although questions of style and readability may be reduced to secondary importance in the case of academic manuscripts in technical fields, questions of style often overlap with those of technicality. For example, it is only in the second translation that we are told that the caller is a woman. Were this a precise philosophical text with equally precise terminology, this would likely be a very important detail missing from Rubin’s translation. Every choice has ripple effects.

Which translation is the "better" translation, then? Neither. Some may say the first is better because it sounds more natural, and yet the second may very well be more precise. The point is that neither translator was invisible. Each was a collaborator, commentator, and rewriter of the original text.

What Translators (and authors) should keep in mind

Giving up on the standard of invisible translators is not a bad thing. In fact, elevating the translator to the role of collaborator and creative agent can result in an even richer, more precise, and, ironically, a more faithful translated text.

Rewriting made through translation can bring foreign and inexplicable concepts to new audiences, or can make cultural, scientific, or historical concepts clear to non-expert readers. It can create connections that were not previously tenable and can enhance the flow of knowledge across languages and cultures.

Translators (and the authors who hire them) should be mindful that a translator is an active agent and interpreter who must navigate the plurality and varying shades of meaning as well as the underlying cultural environment in which the text was produced. An open channel of communication and a willingness to collaborate on the part of both parties can go a long way towards bringing the work of translators back into the light.

Dr. Louise Loehndorff is a bilingual English and Danish translator. She completed a Ph.D. at the University of Michigan, and as part of her research in translation theory, she studied Italian and lived in Tuscany. She lived in Hungary for over four years working as a freelance translator translating from Danish, Italian, and Hungarian.