How to Avoid Literal Translation in Academic Research 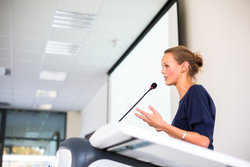 A friend, wishing to polish his translation skills, recently asked me the following question: “if you had to give one tip to a new translator, what would it be?” Without hesitation I answered “avoid literalisms.” As an academic editor at Academic Language Experts this is the most frequent issue I encounter when reviewing an article translation, book translation and the like: texts which, while comprehensible, are markedly literal.

Let me explain. When I say “literalisms” I do not mean a text that is translated word-for-word. I am actually referring to a more subtle problem: a translation which is technically “correct”—definitely not “Google translate”—but still closely emulates the form, order, and linguistic idiosyncrasies of its source.

There are of course cases when a literal translation may be preferable (legal and medical texts for example) and this is certainly an issue translators and clients should discuss explicitly before a project begins. But generally speaking, clients want their texts translated so their message or research can effectively reach audiences who are only familiar with the target language.  A text fails at this task when it reveals its foreign origins, gives the impression of an imperfect rendering, and challenges readers to clamber over awkward, disjointed formulations.

There is a reason this problem is so widespread. Avoiding literalisms is THE most difficult part of being a translator. It requires employing many different skills simultaneously: reading comprehension, writing proficiency, language knowledge and more. It requires a translator to extract the meaning from the source language, while at the same time escaping its stylistic-linguistic influence. It is the writer’s equivalent of trying to whistle a song while another one plays in the background. The ability to juggle these skills is truly a rare talent. 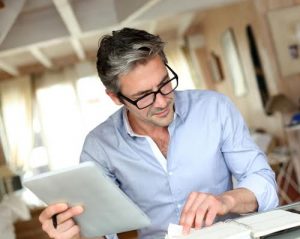 The first step to cultivating this talent is to develop an explicit awareness of one’s natural tendency to translate literally. Once a translator has identified these pitfalls, they can consciously adopt strategies to overcome them. With practice, this can become second-nature, and markedly improve the quality and readability of one’s translations.

This subject requires a more thorough treatment, but for now, I will provide a few examples of strategies I personally have adopted to improve my translations. While my examples will be from my area of expertise—Hebrew to English translation—the principles behind them are equally applicable to all language pairs.

The same goes for positive and negative formulations. If the source reads “not complicated” consider: “simple”

Use this strategy to pick words and phrases which sound their best in the target language, while still preserving the meaning of the source text. 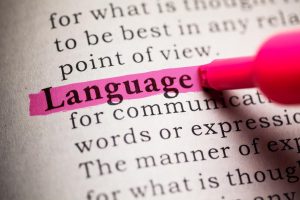 2) The unit of translation need not be the sentence.

Sometimes faithfully maintaining the sentence boundaries as dictated by the source will result in unmanageably long and convoluted formulations (a common issue when translating from terse Hebrew to wordy English). Translators should consider splitting up sentences, rearranging their order, or even sprinkling in some semi-colons, em-dashes, and parentheses. Your goal is to convey the text’s meaning; convoluted run-on sentences fail to do this.

3) Play around with syntax.

The order of words in a source text is not always a function of meaning. Often it reflects the idiosyncratic style of a certain language. Translators should liberally move clauses around, moving a verb phrase from the beginning of a sentence to its end or moving the subject of the sentence from the end to the beginning. An almost ubiquitous example in Hebrew to English translation is rendering the Hebrew particle shel as in hahatul shel yehudah. Literally this reads “the cat of Judah” but English, unlike Hebrew, allows a much more elegant formulation: “Judah’s cat.” It is far more important for words to be in an order that sounds natural and clear to the intended reader than to accurately emulate the syntax of the source.

While I think it goes without saying not to render literally incomprehensible idioms, even less egregious examples can also make a text sound awkward.  Here are two examples from Hebrew:

In Hebrew, the expression be’eynay is a perfectly acceptable way of saying “in my opinion.” But rendering this literally, “in my eyes,” sounds awkward and archaic.

Ner leragli. While “A candle to my feet” clearly sounds like a translation, even a more oblique translation such as “lighting my path” still may be better rendered as “my inspiration.” 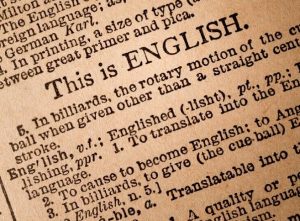 5) Think beyond dictionary definitions and try to capture a word’s connotation and not just its meaning.

Dictionaries are very good at helping you understand a language. However, they are not always the perfect tools for translation. For example, the Hebrew pulmus and hitpalmes are translated as “polemic” and “polemicize” respectively. While these translations are accurate, in English they carry a scholastic, medieval connotation which may be inappropriate depending on the context. Think around the concept of pulmus and consider words such as “controversy,” “attack,” or “dispute.” Translators may even consider keeping their own private dictionaries of such oblique definitions to assist them in future translations.

6) Read it over and over again.

This is important for all writing but I believe it is particularly important for translation. It is often hard to appreciate how “foreign” one’s translation sounds while immersed in translating it. Therefore it is important to read a text more than once, even the next day if possible, in order to properly evaluate its problems, as an impartial observer removed from the act of translation.