Translating to English Should be a Priority 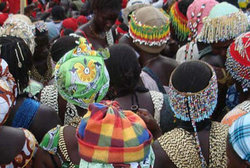 In the past, it was common practice to translate and circulate new knowledge from foreign sources to English. Thus, Marx’s treatises were not restricted to the German-speaking world, nor was Lévi-Strauss relegated to the exclusive realm of French academia. Through academic translation, new knowledge was made accessible to English-speaking researchers and academics who could not read it in the original language.

However, today, it is uncommon for foreign-language texts, at least in the humanities and social sciences, to be translated to English, while English, still considered the language of science, is a must for all non-English speaking academics. In this way, English-speaking researchers find themselves at a disadvantage because they cannot always access the complete existing body of research in a particular field, not all of which may be in their language.

For example, the National Autonomous University of Mexico (UNAM) requires undergraduates to achieve fluent reading comprehension in English, and expects Masters students to be able to comprehend scientific and academic texts in at least one other foreign language before being allowed to graduate. Similar requirements hardly exist at English-medium universities.

Non-English research is not accessible to English-speaking academics

A South African anthropologist who was studying Senegalese migrants faced a problem accessing the literature on this particular subject group, most of which was only available in French—a language she did not master. In the end, this scholar found herself relying on English-language abstracts and reviews, and was ultimately forced to ignore most of this crucial material. This example indicates how important it is for more non-English academic works to be translated into English.

Similarly, there is a huge body of research, especially in the social sciences, from the Latin American academic tradition. Again, the large majority of these texts have not been translated into English, and are therefore often inaccessible to English-speaking social scientists.

In my own research as an anthropologist, for UNAM in Mexico, I became acutely aware of the importance of the body of work produced in Latin America. However, few English-speaking researchers have enough mastery of Spanish to be able to engage substantively and creatively with these texts.

The challenges posed by the need to publish in English

The dearth of English translation leads to a secondary problem. Many scholars have taken to publishing their research findings in English, even when they do not have mastery in the language. Though such scholars may be excellent writers and scholars in their own languages, the English texts they produce are often confusing and not up to the academic par. The poor quality of some of this work does not assist these scholars in gaining wider recognition for their research in their native language.

The importance of English for the scientific world is illustrated by the fact that the language is the medium of instruction at many universities in non-English speaking countries.

For example, in Sweden, English is the language of instruction for many subjects, especially at the postgraduate level. This tendency to insist on English as the medium of instruction and, thus, the language in which essays and academic work is produced, puts academics whose first language is not English at a disadvantage.

In my work as both a translator and an academic editor, I have also assisted Masters’ students in Sweden by offering thesis editing. Overall, I have found that writing their research findings in a foreign language reduces the quality of the work produced, since the researchers are unable to express themselves fluently and clearly, leaving their arguments and conclusions vague and superficial.

Coping with the language gap

This bias toward English in the academic and scientific world has shaped both what is available to English-only professionals and what is produced by non-native English academics. On the one hand, researchers who only work in English are restricted to what is available in that language, and are unable to access that body of work which exists only in foreign languages. On the other hand, while many non-English speaking academics face the need to publish in English in order to be noticed, research at the university level may be of poor quality because of non-native English speakers' inability to express themselves in a proper academic language; English-speaking academics find themselves forced to sift through such poorly explained and presented research.

For all these reasons, it is imperative to make more non-English language research accessible to the English-speaking academic community. Professional translators play a crucial role in this effort. By relying on quality translators, foreign-language researchers can rely on their work being published at the highest linguistic register rather than at whatever level that they themselves attained. This will ensure that important work reaches and is valued by its English-speaking academic audience.