Don't Lose Your Words in Translation

Why You Need an Expert When Undertaking Book Translation into English

Translating your book into English is an exciting and fulfilling prospect. It gives you an opportunity to expand your reach and connect with a wide, international audience. Yet no matter what topic you aim to share with the world, there is one overriding goal: your ideas need to be understood correctly.

An academic translator will examine all linguistic components in order to ensure that your words and voice shine through. An imperfect translation jeopardizes readers’ ability to comprehend your text. In addition to the literal meaning of the words, there are many underlying components that a translator must consider and fit together so that your book reads smoothly in English.

Here’s a breakdown of what you will gain from entrusting your text only to a skilled, professional native translator:

Profound Knowledge of Both Languages, Native in the Target Language

A deep, intimate understanding of both the source and target language is necessary, and the required level of language comprehension goes well beyond proper grammar. Compared to most European languages, English has a multitude of similar word choices. While a dictionary or Google translate can provide a list of words as they are to be literally translated, it can’t pinpoint the most comfortable fit, because they are not attuned to the slang and jargon used by the audience. Only a native speaker who is familiar with the local culture can be sensitive to all of these issues.

After grasping the meaning and style of your source text, a skillful translator first calls upon his or her own knowledge and intuition to understand the source text, and then rephrases all of the wording in the translation so that it sounds as if it was originally written in English. 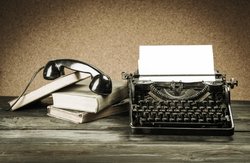 Translating Between the Lines

Nuance can make or break the meaning of any piece of writing. The risk of mistranslation is great when a translator focuses on the literal without regard to what’s happening between the lines. Note the following translation of an East African news report: “A new swimming pool is rapidly taking shape since the contractors have thrown in the bulk of their workers.” This is likely a very literal translation of the article, however the nuance of the English wording now carries a fabulously comical message, which totally misses the point and makes your text seem unprofessional.

In Tune with the Audience

A good translator must be fluent with the terminology and lingo of your target audience. The loose slang that will speak to a teenage readership is drastically different from the stiff vernacular associated with professionals or academics. Examples and metaphors that are provided to illustrate a message are often localized references, and only someone with an intimate understanding of the culture will recognize their authentic meaning. As language is reflective of its cultural background, it evolves with the times. New idioms and jargon emerge constantly, and therefore a professional translator must always be in active touch with current English vernacular.

In addition, an English translation must communicate with the right dialect. There are three main dialects of English: American, British and Australian. Both the vocabulary and spelling differ between these regional variants. For example, a sweater in the color gray will be worn across the ocean as a jumper in the colour grey. Or – a heavy woman in Australia has a serious and stern demeanor, versus a heavy woman in America, who is simply overweight. 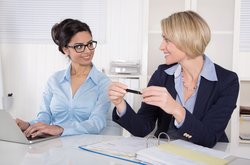 In Tune with You

Even if your expert translator is well versed in all of the nuances mentioned above, there’s one more critical requirement to remember. A good working relationship, with a clear line of communication between the writer and translator, is crucial in ensuring that the translated text genuinely conveys a writer’s words and style.

You worked hard to research, write and publish your book, and a high standard English translation can bring your message around the globe. A top quality academic translation will strengthen and carry your achievement to even greater success.