The Importance of Academic Editing 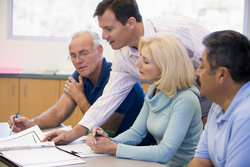 In what ways do academic editors improve the texts they edit? Writers who have had their work edited have no trouble answering this question. Depending on the level of academic editing, writers can cite basic improvements editors make such as finding typos and correcting spelling, punctuation, and grammar; improving word usage, sentence structure, and organization of paragraphs; and even upgrading the formulation of logical arguments.

However, there is an area in which a skilled academic editor will make a significant contribution which some writers may not fully appreciate: ensuring that the format and content of the text are consistent. Consistency means writing the same things in the same way throughout the document.

Why does consistency matter? Why does inconsistency detract so much from the writer’s work? There are two factors involved: one we may call aesthetic, the other functional.

The principle that the format of a document should always be consistent applies to all elements of article formatting, especially academic formatting. Take, for example, a standard journal editing project: the margins and indentation of the text should always be the same. If the document is hierarchical/multilevel, the text in each level should be formatted consistently. The font type, font size, emphasis (bolding, italics, underlining) should always be the same for similar text. The same applies to spacing and bullets.

Text with inconsistent formatting looks sloppy, messy, and unprofessional. A document with margins all over the place, or different fonts in different places, is unimpressive and hard to digest. This negatively impacts the impression that the text makes on the reader. It reduces the reader’s enjoyment of the text and respect for and confidence in the author’s reliability and expertise.

A document formatted inconsistently is confusing. For example, if a word like “probably” appears sometimes as probably, other times as probably, and other times as 'probably', the reader may well ask if these words mean the same thing or if there is some difference between them, and if there is a difference, what it is. This applies to other formatting elements as well. Inconsistency tends to make readers ask the wrong questions about the text, and give a disquieting feeling that there is something about the text that they do not understand. Inconsistency impedes not only enjoyment of and respect for the text, but comprehension.

Inconsistency in the text also has a negative impact. Here are some examples of common inconsistencies:

Writers should aim for consistency. However, this issue is often dealt with by an academic editor for several reasons.

Sometimes an editor may find no consistency problems. However, in many cases, editors make a significant contribution by raising the writing level and ensuring that it’s consistent, both in formatting and the content of the text.