When an Academic Editor Can Make All the Difference 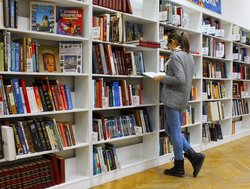 Does your research on the Middle East need an academic editor who specializes in the subject? Or can you just hire any editor? In the following blog, I argue that editing scholarly texts dealing with the Middle East is best done by a specialist in the field who is well acquainted with the region’s history, politics, current events, religion, and languages.

An editor who follows current events

As the region is constantly in flux, finding an editor who follows Middle Eastern current events is crucial. For example, when editing about the rise of the Islamic State in Syria and the Levant (ISIL), an editor who specializes in the region will be aware that the entity changed names over time, from ISIL to ISIS (Islamic State in Syria), and finally to just Islamic State, often abbreviated as IS. Names of parties and institutions, especially those that undergo numerous changes, are easily confused. Even the best scholar and academic translator can make mistakes. An editor who follows the region’s media and who can check the precise and often changing names in their original language is thus critical to ensuring that your research is free of errors.

An editor who fact-checks about the Middle East

Editing texts about the Middle East often require some fact-checking. Many times, I find that dates are incorrect. Such mistakes are easy to make, especially when people are working on devices with small keyboards. While some errors are easy to spot, others might go unnoticed by someone who does not have knowledge of Middle East history and current events.  For example, a good journal editor of Middle East studies would notice if an author wrote that Gamal ‘Abd al-Nasser was elected president of Egypt in 1965 and correct it to 1956. However, perhaps the author really did mean to write 1965, when ‘Abd al-Nasser was re-elected to his second term as president, but the idea that he was reelected was not expressed or was lost in translation. In such a case, an editor knowledgeable in the field would know that it’s necessary to query the author to clarify whether the text is referring to the 1956 or 1965 election.

Another common problem is factual statements that are outdated, incorrect, or not backed up by reliable sources. Academic editors who duly follow regional developments and are experts in the field can help authors revise such statements. Facts also can be distorted due to political viewpoints and biases. The Middle East academic editor should carefully read and double check factual statements, particularly when the issue is a sensitive one, such as those relating to minority rights, discrimination, religious practices, and so forth.

A paper editor who knows transliteration

A crucial issue pertinent to works on the Middle East is transliteration. In 1974, the historian Marshall G.S. Hodgson, in the first of his classic three-volume history of Islamic civilization, emphasized the importance of transliteration. Transliteration is used to render personal names, which cannot be translated. Transliteration also enables the expression of concepts, when an equivalent in another language does not exist.  For example, the word الشريعة , referring to the canon of Islamic law, has been transliterated as Shari‘ah or Shari‘a —depending upon the method of transliteration used—because terms such as “law” or “sacred law” are not exactly accurate. The term Sharia now appears in the Merriam-Webster dictionary, and editors tend to use that spelling rather than the more accurate transliterations. Other concepts from Arabic law, culture, society, and so forth, have not been so lucky as to have officially accepted English spellings.

As Ateeb Gul has pointed out in a recent study, the standards of Arabic transliteration have declined over the years, despite efforts to create systems of transliteration, such as the one by the International Journal of Middle East Studies, and to teach students of Middle East Studies basic transliteration skills. For example, the name of Libya’s deposed dictator reportedly has over a hundred different transliterations. To give just a few, his name was rendered by the New York Times as Muammar el-Qadhafi while Wikipedia lists him as Muammar Gadaffi. Some scholars in the field believe that full transliteration is not necessary, unless discussing Arabic literary texts. However, most scholars still retain the Arabic letters ‘ayn and hamza in their transliterations, although this is not always the case when readership is the general public. As these letters are transliterated as ʻ and ʼ respectively, it is easy to see how confusion can easily occur. Editors who specialize in the field can ensure that all transliterations are correct.