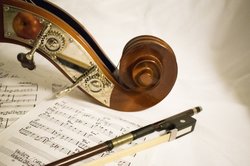 One of my academic specialties is music. You might think this is fun, but at City University of New York, it felt stiff and formal. Of course, we studied Mozart’s 1791 opera Die Zauberflote, which is nothing if not wild, but it didn’t come out that way in the classroom and opera house. As a result, the New York Metropolitan Opera and other classical venues struggled just to fill their seats. It's hard to imagine now since classical music has become snobby and unapproachable, but classical musicians used to break loose, improvise and make conversation with the audience. The audience, in turn, felt free to clap whenever it liked.

Not many people can truly understand The Magic Flute’s outdated German. We in the Music Department spent four years or more studying it. Our professors persisted in keeping it in a pure and petrified state, even as the numbers of disciples dwindled.

At the same time, the ground was shifting under our feet. For example, in 2008 the New York Metropolitan Opera departed from its insular nature and made a bold English-language experiment: it simulcast a shortened performance of The Magic Flute, with life-size puppets, to sold-out movie theaters. This performance wasn’t for academics though. We were a small class of highly knowledgeable scholars, and we wrote and performed only for each other.

When I started to work as a scientific editor, stiff and formal language popped up often. Researchers felt that the publishers wanted it that way. I would have rather revised the language so that everyday people could understand them too. I didn’t, though. The gatekeepers had a way of intimidating people.

Just as in the music field, the question boiled down to this: must researchers and academics stand aloof from life in the real world? What purpose does that serve? Why must academics write in a way only other academics understand?

Annie Paul, a writer, critic, and head of publications for Social and Economic Studies at the University of the West Indies, argues that academic ideas cannot and should not be couched in the language of outsiders. In other words, we academics are sort of Brahmins. Ms. Paul says what is needed is a caste—note her choice of language—of highly literate journalists to translate the Brahmins’ high linguistic academic jargon into something simpler for a wider audience.

Some say that academics have traditionally been forced to write in an opaque style to be taken seriously by those evaluating them, be it a department head, research paper editor, journal editor or the like. Besides, the years of deep study that scholars need to become specialists in their chosen fields pack their brains so tightly with the rules of academia that unpacking feels near-impossible.

…[brain] games may yield improvements in the narrow task being trained, but this does not transfer to broader skills like the ability to read or do arithmetic, or to other measures of intelligence. Playing the games makes you better at the games, in other words, but not at anything anyone might care about in real life.

Considering which way the wind is blowing, we might at least edit out the confusing language. We can delete redundancies, line up phrases into easily grasped parallel structures, and choose one simple word to stand in for five complicated words.

And then there is jargon: we might need ten simple words to explain one academic idiom, and sometimes it’s best to just leave it alone (if you need some academic jargon to make your department head happy, check out New York University’s 50 Phrases).

We’re not short on jokes about out-of-touch scholars, but it’s kind of sad. I can’t help but feel that we’re the losers. In pop/rock music, shuffle and swing rhythms aren’t even notated; we never learned them in the classroom and I wish we had. I wish we learned how to speak with real-life musicians.

A Call For Change

And honestly, how much can social science researchers gain from the questionnaires our subjects fill out? Imagine, if you can, what would happen if these subjects had access to our studies about them, and then published a response. Maybe that’s a lot to ask. The give-and-take between academics and our subjects, or musical theorists and rock/jazz musicians, isn’t seen often, but if it was, perhaps it could make us smarter and have a deeper analysis. If we let go just a bit of our power and authority, our wisdom could conceivably expand beyond our own self-imposed strictures.