Not A Simple Equation: Mathematics Translation as a Language of its Own 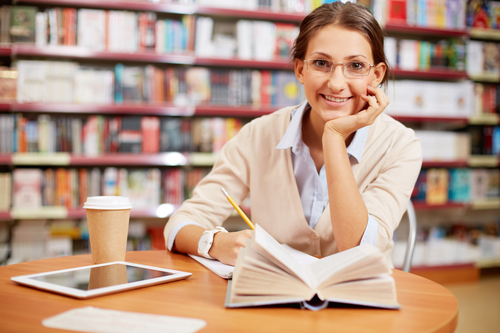 Mathematics translation presents a unique set of linguistic challenges. These challenges differ from those confronted by academic translators in other subjects because language and linguistic structures in mathematics are unlike those in everyday use. Essentially, mathematics is a language of its own.

Understanding the patterns common to mathematics and differentiating them from other academic subjects is critical to the success of mathematics and scientific translation. One such mathematical pattern that math translators should be aware of is the use of multiple semiotic systems. Mathematics employs the use of several meaning-making systems -- including graphs, diagrams, oral language, written language and symbols. Meaning in mathematics is created by combining these different semiotic systems. Mathematical representation is all about how these different systems interact and how they may be manipulated.

Another mathematical pattern relates to verbal constructs; these may include dense and long noun phrases that name and describe quantifiable yet abstract head nouns (e.g. the volume of a rectangular prism that has sides of 12, 15 and 18cm), adjectives that classify and precede the noun (e.g. the volume of), and qualifiers that follow the noun (e.g. that can be divided by three and itself). These noun phrases are central to the construction of complex meaning relationships because they refer to relational processes.

These relational processes are constructed with clauses that use the verbs to have and to be; these may present grammatical challenges in languages in which verbs are constructed by identity and attribution. For example, in Spanish, the verb has different forms and relates to different meaning relationships. Figuring out the meaning of these relational constructions can pose a challenge to an academic translator.

Since academic translation, among these multiple semiotic systems, presents significant linguistic challenges in mathematical translation, translators must have a broad understanding of these issues, beyond familiarity with specialized terminology, vocabulary and everyday informal use of language.

It assigns new meanings to everyday words. For example, the word product has an entirely different meaning in mathematics than in other contexts. Mathematics also uses symbols to represent concepts which may be difficult to express in ordinary language or that go beyond what can be expressed in ordinary language. In addition, conjunctions in mathematics have technical meanings. For example, therefore, when and if are used in very specific ways to create complex connections between clauses.

Construction of knowledge in mathematics is different from other academic subjects. Moreover, implicit logical relationships between objects exist, so proofs may not always be spelled out explicitly. Mathematics also makes unique use of word combinations and modes of argument. Understanding the distinction between the description of mathematical knowledge and other academic knowledge is key to a successful translation.

While it is unlikely that mathematics could do without natural language, it is considerably limited. For instance, the word prime in English has many meanings, but only one of those is applicable in math.

A study conducted by Van Rinsveld, Schiltz, Brunner, Landerl and Ugen found that when posed with questions of general knowledge, bilingual people responded differently depending on the language in which the questions were asked. This suggests that the language of translation may affect translation outcome.

The information and studies presented above have important implications for academic translators, because they highlight that: